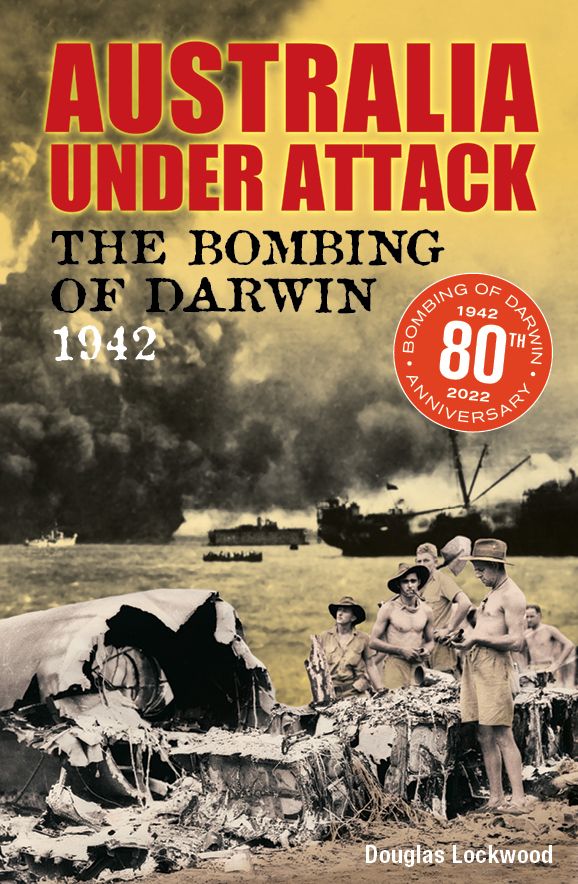 Author Douglas Lockwood was an Australian newspaperman and author. Born in Natimuk, 25 kilometres west of Horsham in Victoria’s Wimmera district, Lockwood left school at 12 to help run his father’s newspaper, the weekly West Wimmera Mail, at the height of the Great Depression.

With his father’s blessing he left home at 16 and worked as a reporter on rural Victorian papers in Camperdown, Tatura and Mildura before being hired by Sir Keith Murdoch in 1941 as a journalist on The Herald in Melbourne. He stayed with The Herald’s parent company, the Herald and Weekly Times (HWT), for the rest of his life.

At the end of 1941, during World War II, he was sent to Darwin with his new wife, Ruth , and was there for the first Japanese attack on Australia on 19 February 1942.
While Douglas was there and was able to share his personal story he also Interviewed American’s Japanese and other nations who took part. He was able to meet & interview former airmen who had flown against the Japanese that day and been shot down.

He tells the story of the Bombing of Darwin not only from this experience but of the many he interviewed who were in the air, at the aerodromes, in the harbour, on the wharf, in the town and at the hosptial.