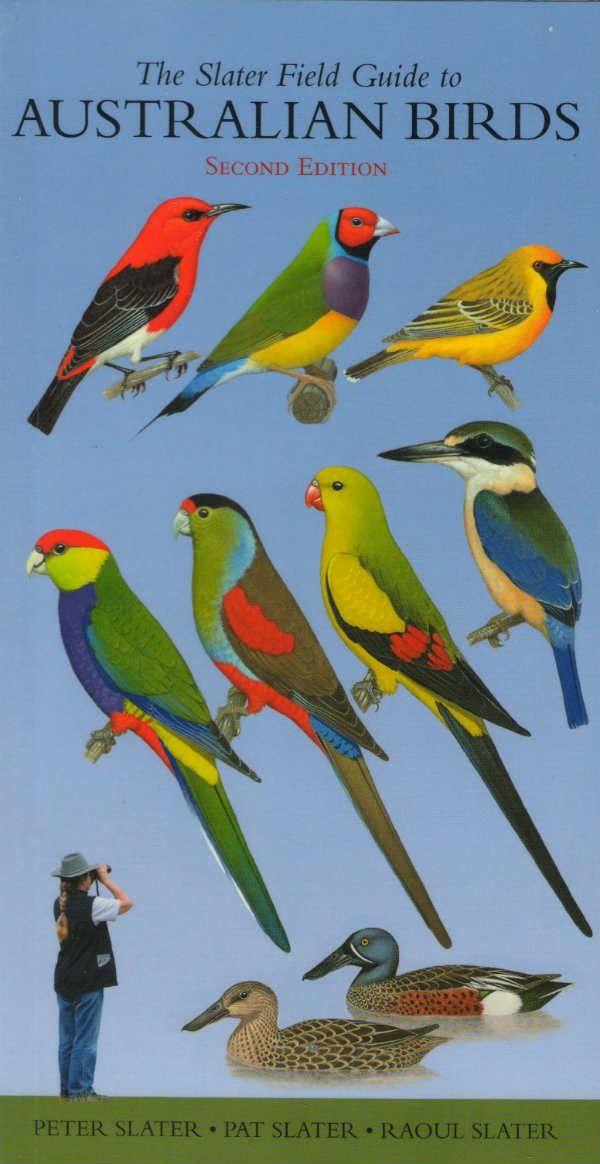 Beginners and experienced birdwatchers turn to this guide to identify the birds they see in their backyards and on bushwalking or birdwatching expeditions. Designed to slip easily into a pocket, backpack or glove box.

This is a new and updated version of the very popular Slater Field Guide to Australian Birds and includes 64 new or extensively revised colour plates, incorporating all the new birds observed in Australia, including Tasmania and islands and territories since 1986. Also included is a re-organisation of the guide into broad habitats - seabirds, shore birds, inland water birds and bush birds; updated common and scientific names, revised maps, and a new visual index to aid beginners in finding the most appropriate pages in the guide. A must for serious naturalists in Australia, be they beginners or experts.

Slater grew up in Western Australia and moved to North Queensland in 1966. He began photographing birds from an early age, has won numerous awards in international exhibitions, and was made an Artiste of the Fédération Internationale de l'Art Photographique in 1964. He has produced several natural history books and field guides, often in collaboration with his wife Pat or his son Raoul.