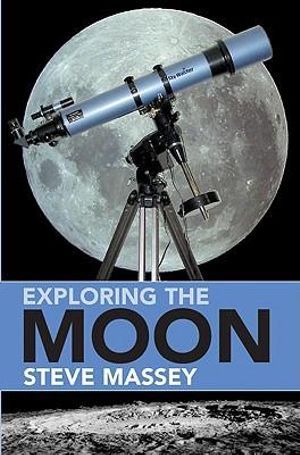 A concise, practical guide to observing our nearest celestial neighbour

In Exploring the Moon, Steve unveils the history of the Moon and its various characteristics and effects on the Earth and its living creatures. He describes the bold Cold War missions of Russia and the United States as they raced one another to the Moon and looks at the resulting science that has helped to expand our knowledge of the Moon and its make-up. Steve also takes us on a nightly journey along the Moon?s terminator and explains in simple terms what to look for and how to explore its most prominent features through a small, amateur telescope. Packed with interesting facts, diagrams, illustrations and a plethora of useful information about telescopes and accessories to view the Moon, Exploring the Moon is the ultimate reference for understanding the Moon and how it has played a substantial role in the evolution and behaviour of many species on Earth. So, when next you gaze at this eminent wanderer of the night sky, take a moment to ponder. How might the Earth and even humans have evolved were it not for the very existence of the Moon?