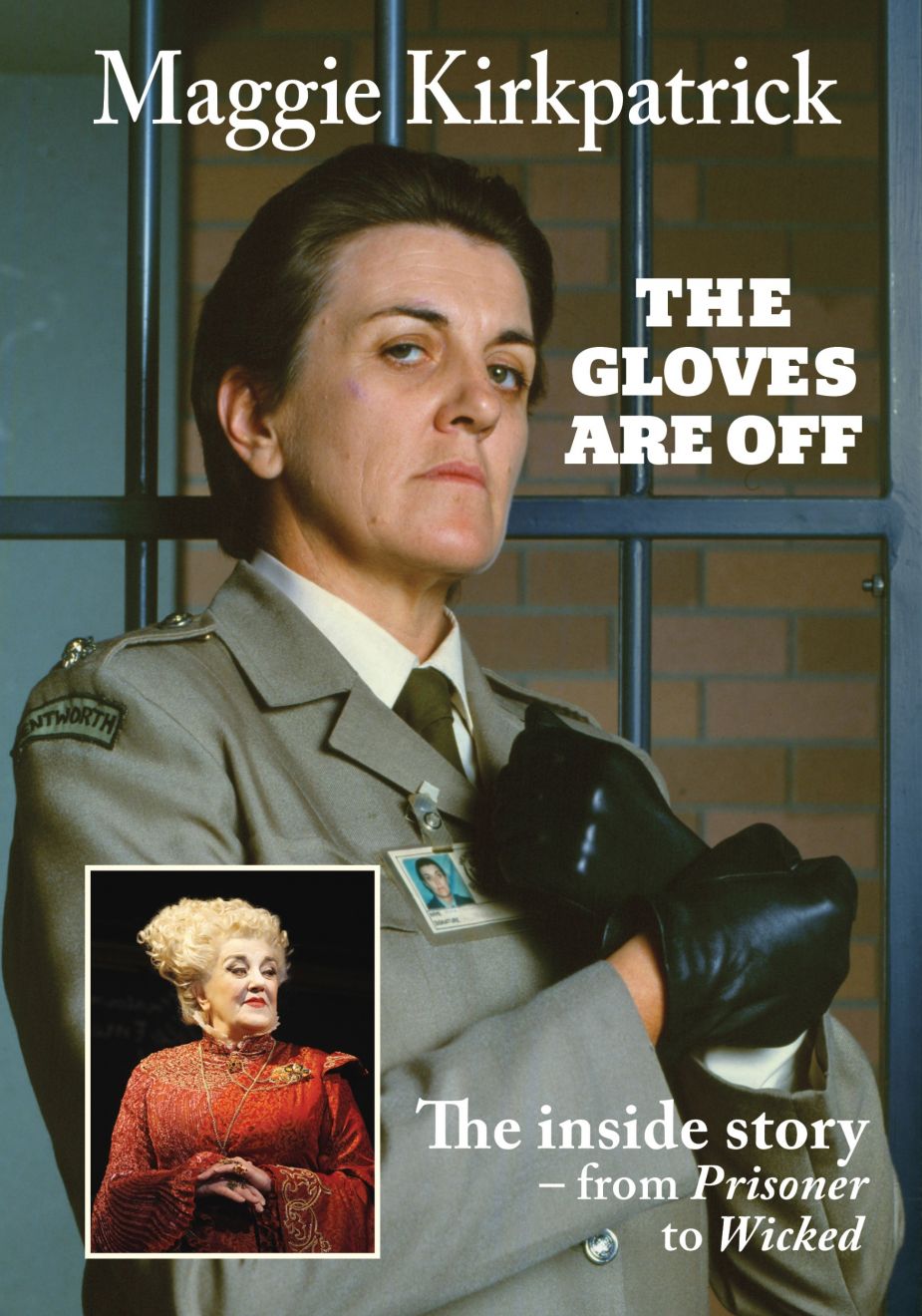 The Gloves Are Off

The inside story - from Prisoner to Wicked

‘I can actually tell my story without the benefit of a playwright or hidden beneath the cloak of a character.' Maggie Kirkpatrick, famous for her role as The Freak in Prisoner, presents a no-holds-barred account of her life both on and off screen.

In The Gloves Are Off, Maggie takes us on her journey from humble beginnings in a Newcastle dress shop to becoming one of Australia’s most well-known television and theatre stars. She gives us a peek behind the scenes of the television industry and the world of the theatre with insight and wit – the business, the challenges and the names. Maggie also shares publicly, for the first time, the full story of her very public legal battle – and the consequences of that battle that she’s still living with today.

The Gloves Are Off is an engaging, amusing and sometimes harrowing tale from one of the grand old dames of the Australian acting scene.

What happens when you take a half-orphan from Newcastle with stars in her eyes eventually give her the chance to play a sadistic, psychopathic prison guard in a cult TV series for 389 episodes?

She turns into a household name, that’s what.

But there’s so much more to Maggie than Prisoner’s favourite freak Joan Ferguson. Over an acting career that spans almost six decades Maggie Kirkpatrick has established herself as one of Australia’s most respected actors with highlights that include war survivor Bridie Cartwright in Shoehorn Sonata and master-manipulator witch Madame Morrible in Wicked. She’s also been a political activist, wife, mother, grandmother and friend to some of the most renowned professionals in the entertainment industry in Australia and the U.K.

The Gloves Are Off is the autobiography of a working actor, and your chance to get to know the real Maggie Kirkpatrick.

Maggie Kirkpatrick is an Australian TV actress whose career has encompassed roles across film, TV and an extensive time in theatre. Maggie's most known TV role is as Prison Guard Joan 'The Freak' Ferguson on legendary Aussie TV Drama Prisoner