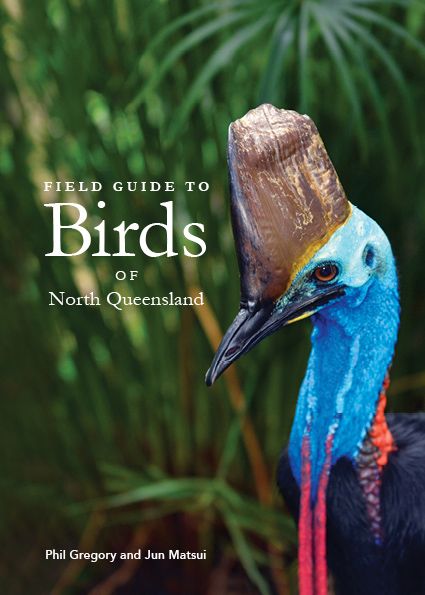 What Garden Pest or Disease is that?

A Complete Guide to Native Orchids of Australia

A Field Guide to Birds of Northern Queensland

$49.99
ISBN
9781925546255
Details
North Queensland is the premier destination for wildlife tourism in Australia, and birdwatchers travel there from all over the world in search of specialities such as Southern Cassowary,Eclectus Parrot, Golden Bowerbird, Magnificent Riflebird and Buff-breasted Paradise Kingfisher. Filling a gap in the market this comprehensive field guide to the birds of the region coversmore than 400 species found in the rainforests and other key habitats which are at the epicentre of Australia’s avian biodiversity. Each species is illustrated with usually three or four of Jun Matsui’s stunning photographs, showing different plumages according to age, sex or season. Phil Gregory’s text – approximately 150 words per species – describes key identification features, habitat, distribution, voice and status. The book is aimed at Queensland birdwatchers and also at the many visitors to the region. It includes all the latest taxonomy, such as recently ‘split’ species never previously described or illustrated in a field guide, which will appeal in particular to keen birders. In short it is the best and only guide of its kind on the market.
About the Author(s)

Born in Southampton, England, Phil Gregory first came to Australia in 1977. He has contributed to a number of important ornithological works, including Handbook of the Birds of the World. Special interests include field identification, vocalisation, taxonomy and distribution. He became a full time birding guide in 1998 and now based in Kuranda he leads several tours a year throughout the Pacific Region.

With a lifetime interest in wildlife beginning in Japan, Jun Matsui first arrived in Australia in 1999. He spent a year traveling around and volunteering at various birding hot-spots including Broome Bird Observatory before eventually taking a job as a specialist bird tour guide for Japanese groups based in Cairns.