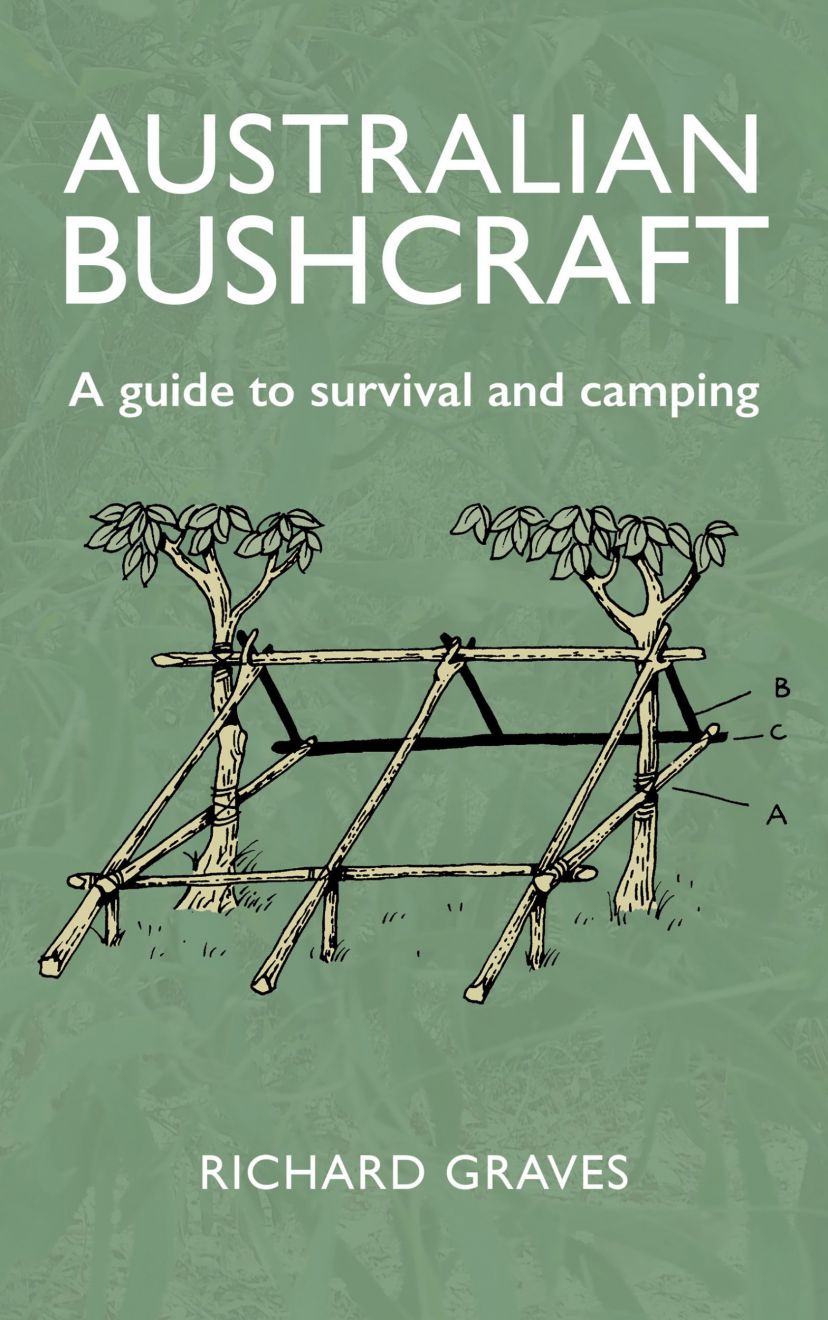 A guide to survival and camping

There are so many people who have perished in the Australian bush, from the early explorers to the present, who might have survived had they had the necessary survival skills.

Australian Bushcraft explains how to make use of natural materials for both survival and pleasure. It describes many of the skills used by primitive man, and adds to these skills necessary for survival today.

Australian Bushcraft is as relevant today as it was when it was first published, for those who, by choice or misadventure find themselves thrown on their resources for survival in Australia’ vast wilderness areas.

Richard Graves (RIP) wrote this book immediately after World War II. Graves had initiated and led the Australian Jungle Rescue Detachment, which had been assigned to the Far East United States Air Force. During his time in service, his detachment arrived out more than 300 rescue missions, most of which were in difficult enemy territory. They never failed a mission nor lost a man. Richard Graves realised that knowing the bush had helped to save lives, and in his own words described the importance of this, ‘ The practice of bushcraft shows many unexpected results. The five senses are sharpened and consequently the joy of being alive is greater. The individual’s ability to adapt and improvise is developed to a remarkable degree. This in turn leads to greater self-confidence.’