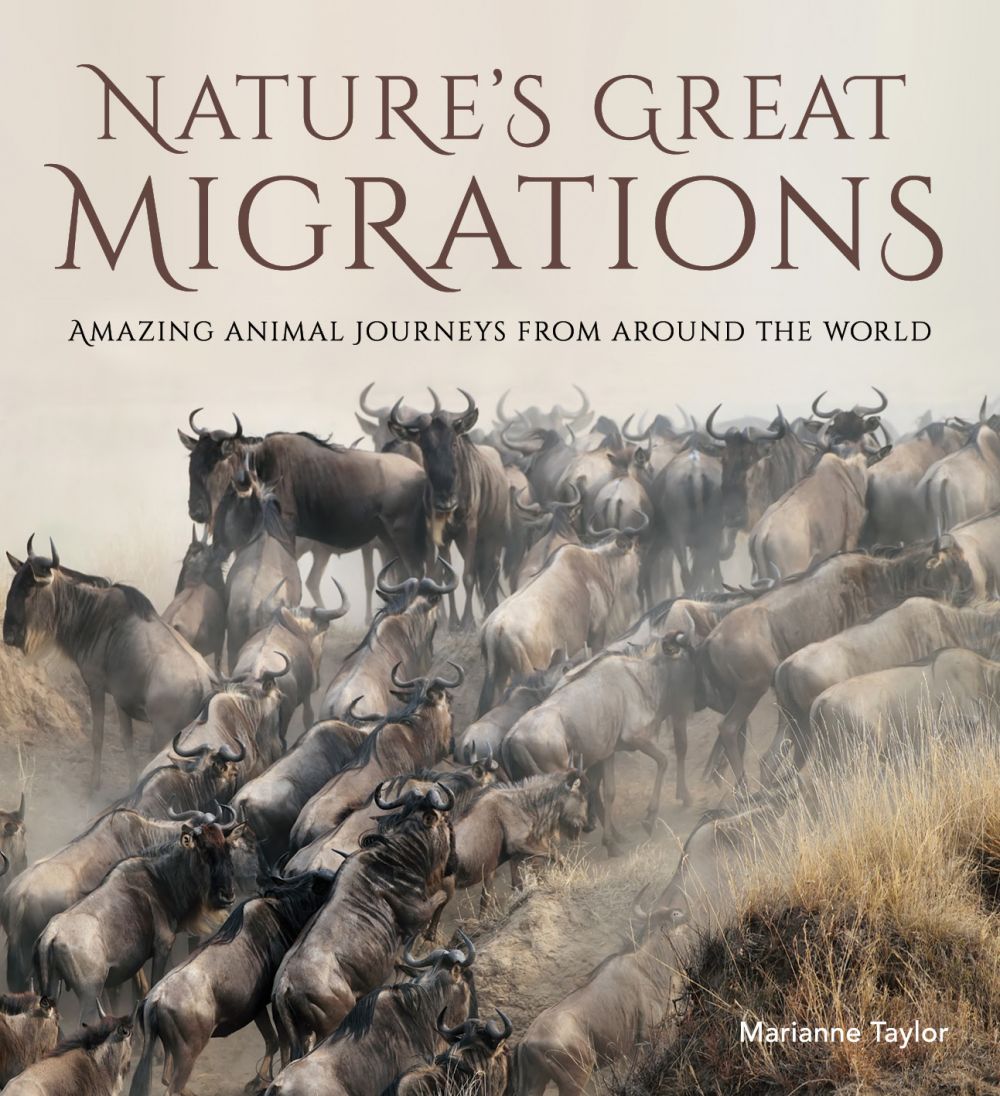 Great Journey's From Around The World

This beautifully illustrated book on the world’s most impressive and spectacular movements of animals, includes various species of mammals, birds, fish and invertebrates.

Twenty-five species are covered and these include iconic migrations, ranging from millions of wildebeest moving through the plains of east Africa and the annual return of the spawning salmon each year, to swarms of Monarch butterflies travelling thousands of miles and Arctic Terns flying virtually from pole-to-pole and back each year.

In each case there is an engaging written account, a map showing the location of the movement, and several images of the species concerned, often in spectacular gatherings as the migration is in full swing. In short this is a remarkable and eye-catching book covering some of the world’s most impressive natural history spectacles, and it will be a valuable addition to the library of any wildlife enthusiast.

Marianne Taylor is a writer, illustrator, photographer and editor. Her interest in natural history began from an extremely early age, as she became passionately interested in first butterflies and then birds. As the daughter of two librarians, one of whom later became a secondhand bookseller, she grew up as bookish as she was bird-obsessed. She worked for seven years in natural history publishing, for both book and magazine publishers, and switched to freelancing in 2007. She loves to travel in search of wildlife, and has a particular fascination with the great travellers of the natural world.