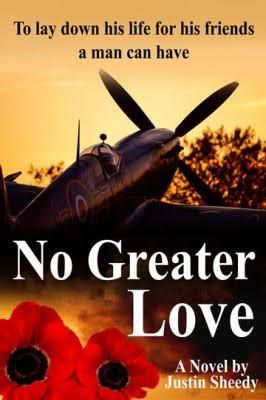 Nor the Years Condemn

Ghosts of the Empire

To lay down his life for his friends

$26.99
ISBN
9781760790844
Details
To abandoned child, Colin Stone, World War Two grants an escape from the mean streets of St. Kilda. A natural warrior, his talents qualify him to join an elite group of young men. The shining ones. Who fly Spitfires against Nazi tyranny. Rising with them, from the top Colin Stone looks down on a world that has doomed his first true friends.

Bringing to vivid life true Australian war history and events, No Greater Love is a saga in the classic mold, featuring the drama, beauty, heroism and horror of one young man’s war journey through stunning Malta, Egypt and North Africa, Sicily, England and Europe.

It is a portrait of the once-in-a-lifetime characters the war places on his path, of the tragic, wholesale waste of war, on occasion even the profound humanity of his enemy, and of his evolving perception of his world for what it is.

Though standing on its own as a ripping and also highly emotional read, No Greater Love is the third and final chapter of Justin Sheedy’s now widely and warmly cherished World War Two novel trilogy begun with No Greater Love and Ghosts of the Empire. Continuing and now concluding their portrait of shining young men destined never to grow old, No Greater Love is the full and rich story of Part 1’s reader-favourite character, Aussie rough diamond Colin Stone (‘Stoney’). It is the story of his war, of his loyalty and devotion to his friends, of his enduring love for the mother who abandoned him, and his dreams of being held by her once again.

Justin had his first book, Goodbye Crackernight, published in 2009, a comic memoir of growing up in 1970s Australia, back in a long-lost era when a child’s proudest possession was not a Playstation but a second-hand bike. Goodbye Crackernight was so warmly received by Australian readers that it secured Justin a place on the program of the prestigious Byron Bay Writers’ Festival 2010.