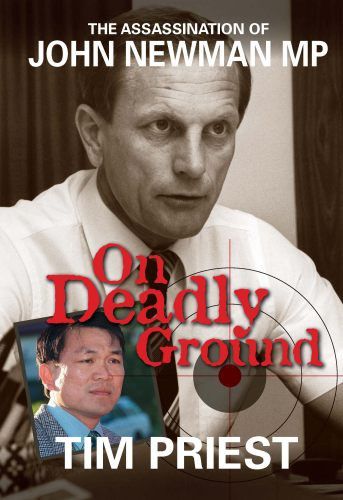 The Assassination of John Newman MP

The year was 1994 and on a dark Spring night in the Sydney suburb of Cabramatta, a hooded figure emerged from the shadows and shot dead the fiery politician and anti crime crusader, John Newman, in the front yard of his home.

The shots echoed around Australia and indeed the world as the murder became the first political assassination in this country?s history. Within hours of the murder, the New South Wales Police launched one of the biggest and most intensive homicide investigations that the nation had seen and a prime suspect would emerge with links to the notorious Cabramatta 5T street gang and the very political party that John Newman represented, the Australian Labor Party. It would take seven years, a Coronial Inquest, three Supreme Court trials and a Judicial Inquiry before the murderer, Vietnamese born politician Phuong Canh Ngo, would be sentenced to spend the rest of his life behind bars for this unprecedented crime.

Tim Priest was a cop who loved his job and gave everything he had to fight crime on the drug-ridden streets of Cabramatta. Yet he found himself waging his biggest battle, not against the drug gangs but against the very organisation he worked for. Eventually, he could stand it no longer and spoke out about the politics and bureaucratic bungling, chronic lack of resources and crazy policy decisions that seem endemic to the NSW Police Service. For this, he was labeled a histleblowerand ultimately railroaded out of the force.