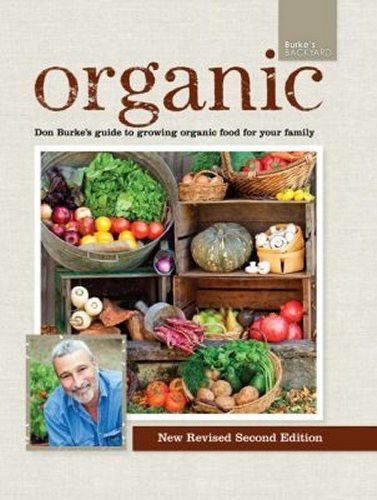 This greatly expanded and updated second edition of Organic is even more useful for home food growers and is in response to the overwhelming support received for the first edition.

Organic covers all that you need to know to start and cultivate your own vegetable garden including composting, pests and diseases, growing conditions, chickens, harvesting and scrumptious recipes. Why not start a grocery store in your own backyard? Find out the benefits of growing your own veggies, including cost-cutting, family fun, fresh produce and greater variety of species unavailable in stores. From terrace pots to acreage, grab your gardening gloves and seedlings, and your family will enjoy building the garden, no matter the size of your plot. Take advice from a city and a country-based family as they describe the highlights and tips from their growing experience. A practical guide with step-by-step instructions, case studies and photos to assist in growing your own successful organic vegetable garden!