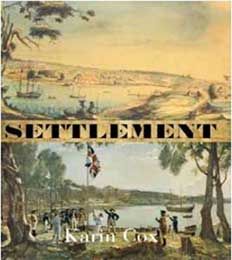 The word 'Aborigine' comes from Latin and translates as 'from the beginning'. It is an apt name for the first people who discovered Australia. Australian Aborigines survived here for at least 40,000 years, if not longer, before Europeans arrived.

How they made their way to Australia no one knows, yet one thing is certain: indigenous Australians discovered Australia long before Europeans even knew a great southern continent existed. In the late 1700s, Britain was divided by class struggles and overflowing with criminals. Some people were extremely wealthy, but most lived in poverty and struggled to find work. Just as technology has changed the way we live today, in the 1800s, Britain was in the grip of the industrial revolution. Jobs once performed by people could be quickly and cheaply carried out by machines, so many workers suddenly found themselves unemployed. As a result, slums sprang up all over the country. There were no benefits for those who were unemployed, and many turned to petty crime, picking pockets, or prostitution to feed their families or pay their debts. When he left Plymouth in August 1768, Lieutenant. James Cook was a forty-year-old Royal Navy man from Yorkshire. His vessel was a 29.8-m former coal carrier once called the Earl of Pembroke, which had been converted and renamed the HM Bark Endeavour. Many people mistakenly think Cook claimed Australia for the British at Botany Bay. It was actually nearly four months later, on 22 August 1770, that Cook raised the British flag at Possession Island, off the far northern coast of Queensland, and claimed the eastern coast of Australia 'by the name of New South Wales'. Cook made several errors in doing so.