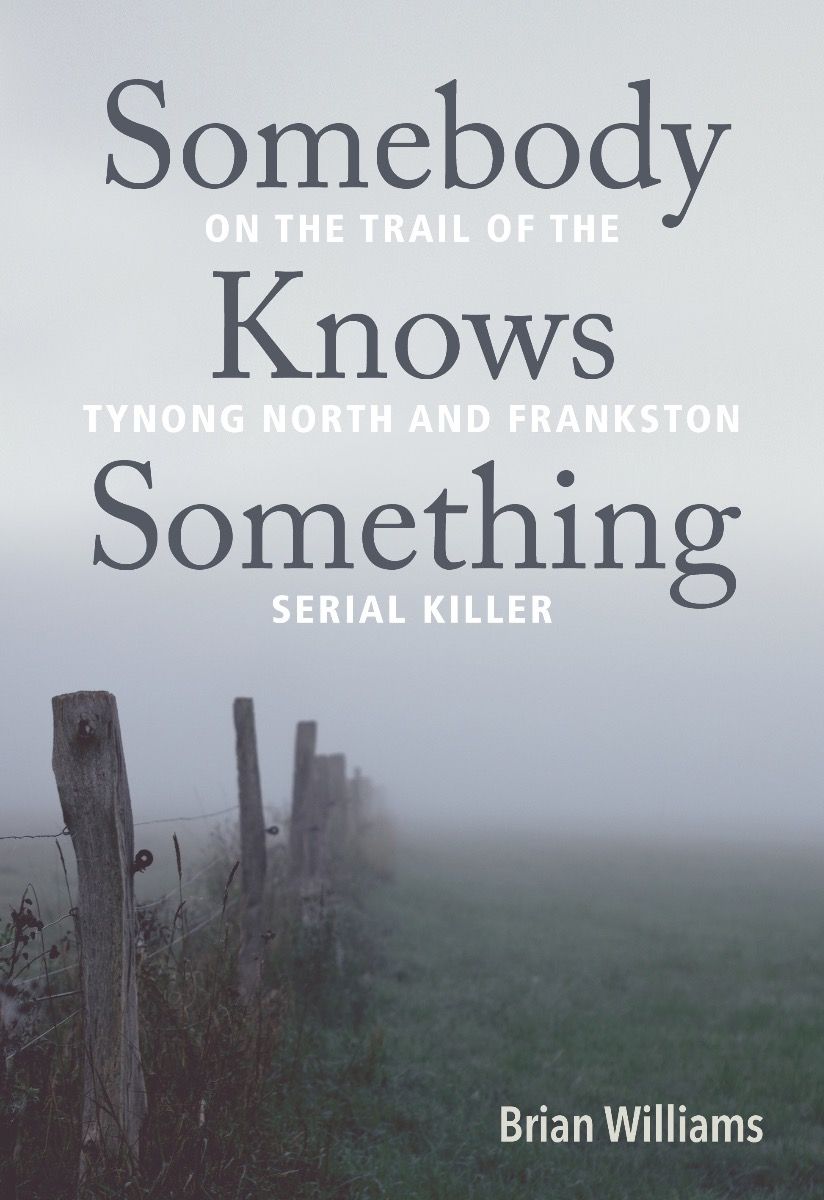 On the trail of the Tynong and North Frankston serial killer

This captivating account of the Tynong and North Frankston serial killings has been written by Brian Williams to mark the 40 anniversary of the murders.

On 6th December 1980, the skeletal remains of three female murder victims were uncovered ritualistically concealed in the bushland that abuts Brew Road in Tynong North, a previously non-descript rural area 63 kilometres to the east of Melbourne. These unfortunate victims – 14-year-old Catherine Headland, 18-year-old Ann-Marie Sargent and 73-year-old Bertha Miller had all mysteriously disappeared in broad daylight several months earlier, all whilst waiting at or near suburban bus stops in Melbourne’s south-east.

These murders were soon linked to two other disappearances, that of 59-year-old Allison Rooke and 55-year-old Joy Summers. Both these women had also recently vanished from nearby bus stops in the outer south-east beachside suburb of Frankston, before their naked and decomposing bodies were found concealed in scrubland next to busy roads in the same area.

To complete the ghastly picture, the body of 34-year-old Narumol Stephenson - who had also randomly disappeared in 1980 - was later uncovered at the same Tynong North burial ground used to dump the bodies of three of the previous victims. In recent times, another murder – that of Margaret Elliott in 1975 – has also been linked to the same crimes. Her body was found concealed near a suburban creek, next to the same path used by Bertha Miller to walk to her local bus stop.

To date, the opportunistic and devious person (or persons) responsible for this string of ghastly murders of innocent women and girls has evaded capture. With a known body count of at least 6-7 victims, these hideous crimes not only represent one of the most chilling examples of serial killing in Australian history, but have also become one of the nation’s greatest criminal mysteries.

During nearly four decades of extensive investigations, police have established several major taskforces, conducted over 2000 official interviews, and publicly identified a number of suspects. Over the years, the case has also taken a remarkable number of twists and turns. Many urban myths and curious links have evolved – at one point it was even suggested that a man was dressing as a woman to lure unsuspecting women into a car. It was also suspected that the killer had sent correspondence to authorities, and a Christmas card to the family of one of the victims, in which hints about the crimes were alluded to and boasts were made that these crimes would eventually make Adelaide’s Truro murders ‘look like kid stu ’. As the 40th anniversary of these murders approaches, there is still a clear optimism that these outrageous crimes can still be solved. A record $6 million reward has even been posted to help catch the killer(s). Clearly, somebody still knows something – and it is now time for the full story to be told.
About the Author(s)