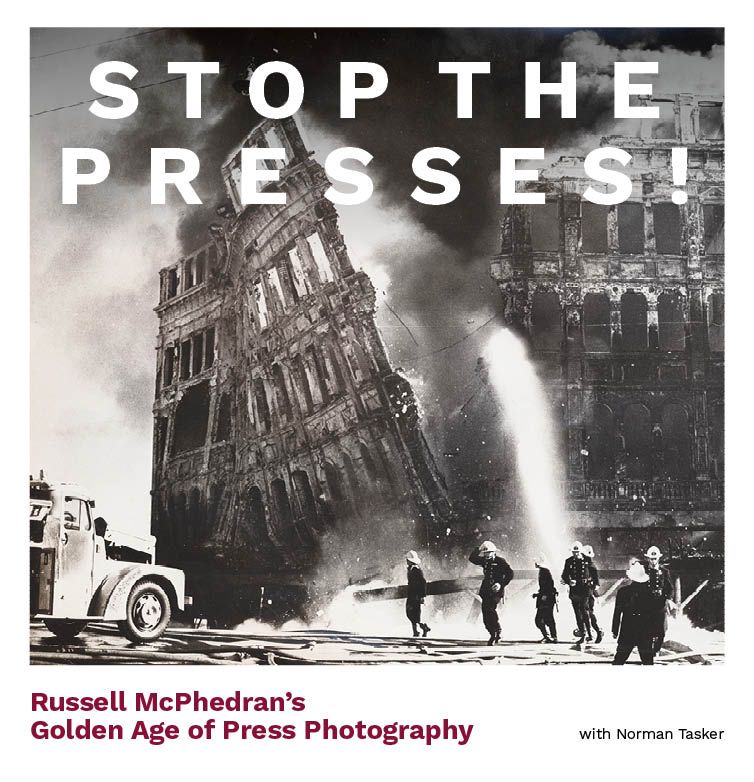 $42.99
ISBN
9781742573144
Details
The second half of the 20th Century was the golden age of press photography. News photographers would go out into the field with their trusty camera, a handful of film and the voice of their newspaper editors ringing in their ears. ‘Get the shot!’

Whether it was a world-wide sporting event, a film premier, a royal tour or perhaps an unfolding disaster, the right photo was worth more than a thousand words … it made the story and had the potential of being published right around the world. Russell McPhedran made his career by capturing that right shot at the right time.

‘Stop the Presses! Russell McPhedran’s Golden Years of Press Photography’ showcases his most famous images in a remarkable career – the 1968 Buckingham’s department store fire; coverage of the 1972 Munich Olympics terrorist attacks; the life and times of Princess Margaret, the forgotten Royal; and a host of sporting stars and entertainment celebrities.

With important background information from respected journalist Norm Tasker, each photo represents an important moment in time … a time when press photography was an essential part of news gathering and some of the most iconic moments of the late 20th Century were captured on record.

An icon of world photo journalism, Russell McPhedran’s portfolio contains some of the most important news photographs of the 20th century. His big break was capturing the Buckingham's fire picture in Sydney 1968, which put my name on the map worldwide. He worked in Hong Kong, London and Sydney, often on overseas assignments. He photographed the good, the great and infamous, including the Beatles, the Royal Family and even Ronald Biggs in Brazil. In 1972 during a rest day for competition at the Munich Olympics, McPhedran captured one of the most dramatic images of the century, of a hooded Palestinian terrorist on a balcony at the athlete’s village. This image came to represent the age of terrorism. During a long an extinguished career McPhedran mentored scores of young photographers who are today some the industry’s leading figures. He set a standard of professionalism and self-starting, a way of working that has been the key to success of so many of the people he trained.