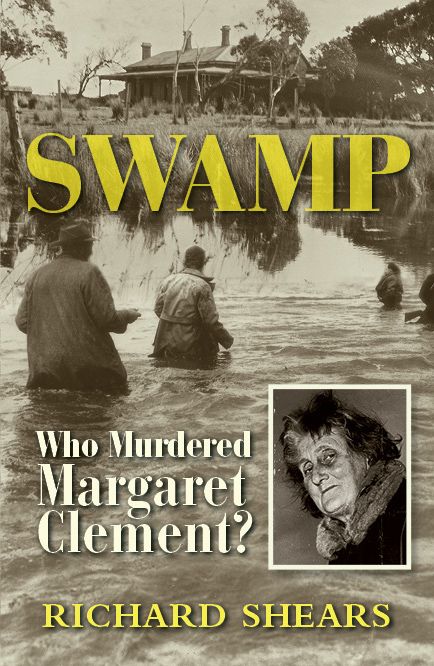 One of Australia’s most enduring and strangest mysteries, Swamp is a story of greed, deceit, the abuse of trust—and murder. International journalist and acclaimed writer Richard Shears uncovers new evidence in the case of the mysterious disappearance of Margaret Clement—the ‘Lady of the Swamp.’

Rich, beautiful and well-educated, Margaret Clement was the belle of Melbourne society. With a legacy from her wealthy father, she and her sisters set up a mansion called Tullaree in the verdant pastures near the Tarwin River. With staff to run the property, they impressed the cream of Edwardian society with Japanese screens, tapestries and furniture from their trips abroad. Hit hard by the Great Depression and World War I, their finances declined and the ditches that kept the Tarwin River back collapsed through neglect. The lush paddocks sank under a vast swamp as the elderly belles clung to their beloved Tullaree. As the swamp rose, so too did the presence of opportunists, scammers, lawyers—and a killer.