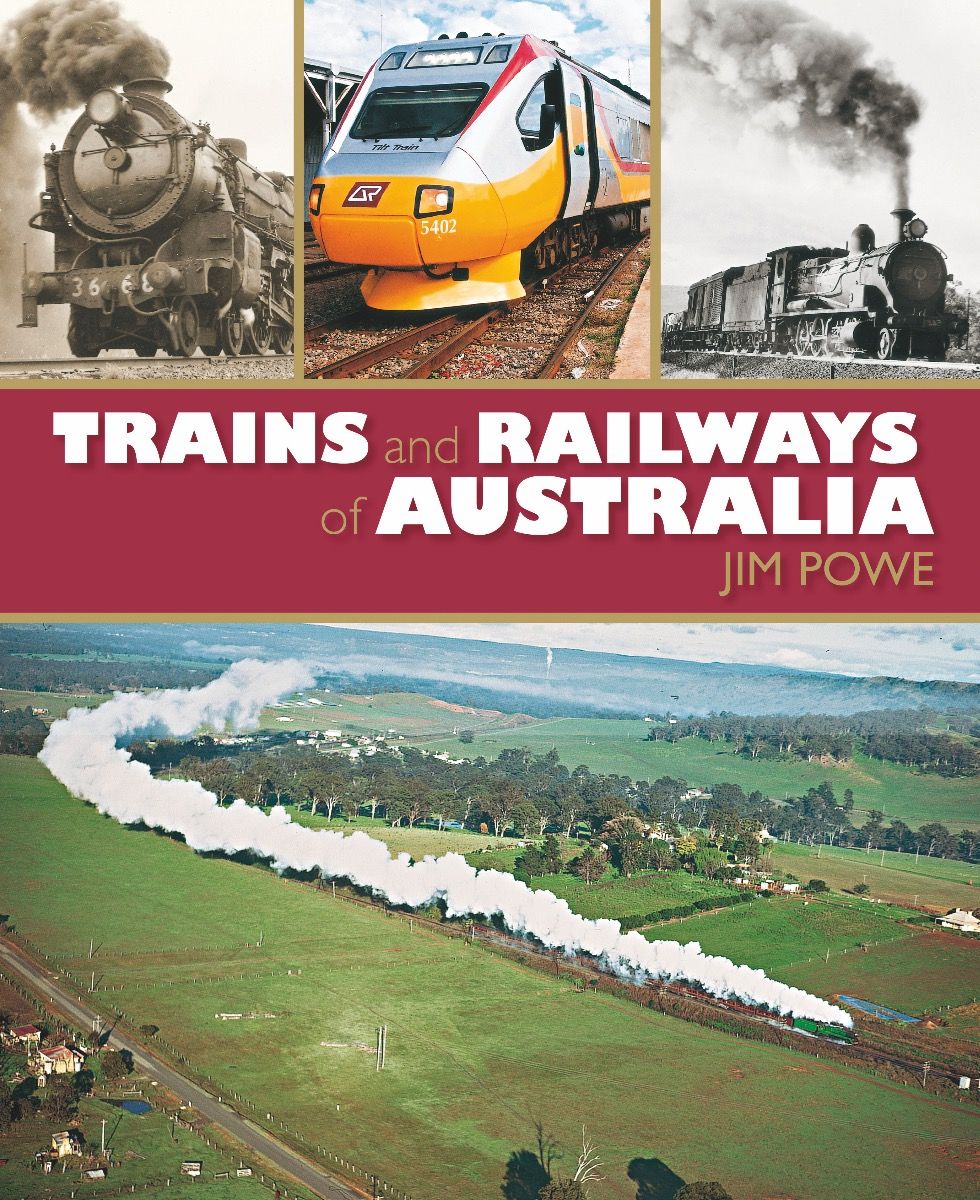 Trains and Railways of Australia

For the first time ever, one of the most sought after photographic collection of Australian railways is published.

Jim Powe has released his exclusive and unique photographic collection of Australian railways from the 1940s to the present day. There are over 300 pages and many colour photographs. Organised into States, each section includes an introduction, with images captioned in detail.

Throughout his adult life, the late Jim Powe spent much of his spare time travelling and photographing tramways and railways around the world. His photographs and movies are considered amongst some of the most valuable insights into railway life from the 1940s right up until his passing. His early years of travel were made possible with the rail pass he received as a NSW railway apprentice. In an age where on-the-job training was a genuine commitment, he qualified as an electrician responsible for railway signal boxes. For many years Jim was a fixture at model railway meets, selling vinyl sound recordings and 8mm films of railways and trains. The films were often recorded while 'train-chasing', with his wife Jan at the wheel of the car. One of his videos, 3801 A Legend in Steam, received platinum status and is the biggest selling railway video ever sold in Australia. He produced other best sellers in the genre, including Moss Vale Train and In Steam.