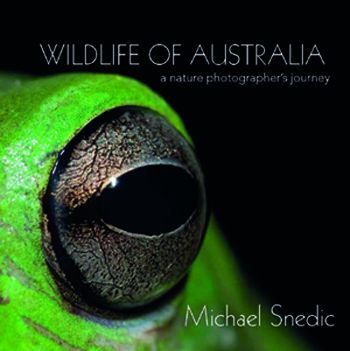 A Photographic Guide to Seashore Life of Australia

A nature photographer's journey through Australia

Wildlife of Australia showcases iconic and rare Australian wildlife species. Stunning photography taken over years captures the spirit of this wild continent. From intimate moments to captivating scenes, Michael Snedic's passion for photography shines through on every single page.

Michael Snedic took up photography as a way of sharing his experiences with others. He has spent the last 12 years of his life photographing various Australian birds, mammals, reptiles and frogs. Michael career has been varied amongst his many jobs he has been a bird keeper at Sydney Taronga Zoo, and adventurer Dick Smith personal horticulturist. His photography has given him many great opportunities and experiences. One highlight was meeting and assisting one of his lifelong inspirations, Sir David Attenborough, while he was filming a documentary on the bowerbirds of Australia in the World Heritage listed Lamington National Park. Another highlight was when he became only the fourth person in the world to photograph the timid male Albert Lyrebird, while in full display. Michael sat daily in a camouflaged hide (blind) for seven weeks, many hours each day, waiting for the elusive shot- which he eventually got.