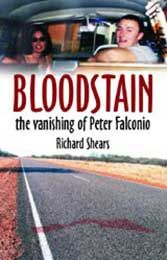 The Vanishing of Peter Falconio

On a cold July night in 2001 a panic-stricken woman dashed out of the desert scrub, bringing to a halt a huge outback roadtrain. The story that Joanne Lees told, of her abduction and boyfriend's apparent murder, has held the world's attention ever since. Award winning journalist, Richard Shears, covered the story from the first days right up until the verdict was handed down at the end of an eight week trial. After 40 years of covering wars, disasters and crimes for London's Daily Mail, Shears says the Falconio affair is one of the most curious he remembers.