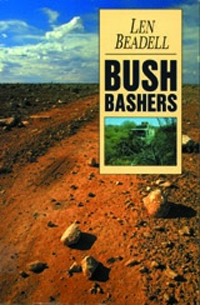 A Tiny Story of Blinky Bill

$22.99
ISBN
9781864367348
Details
In this book, Len Beadell tells the story of his second road trip across Australia which was driven 1600 kilometers from east to west, from South Australia to West Australia through the heart of the Great Victoria Desert. Construction took years, as the road was driven through the almost impenetrable mulga scrub and over sand ridges which until Beadell's bulldozer came along had stopped everything but camels. For five months the author's wife and infant daughter camped with him in the desert. The stay of this youngest member of the team is commemorated by the Connie Sue Highway, a 650 kilometer stretch of road which extends from the Warburton Ranges to Rawlinna on the Nullarbor. Despite all the hardships and difficulties of battling the bush, the projects always had their lighter side. In his own inimitable style, Len Beadell tells the story with an eye for the human and humorous details that make a memorable enterprise into a lively and readable tale
About the Author(s)