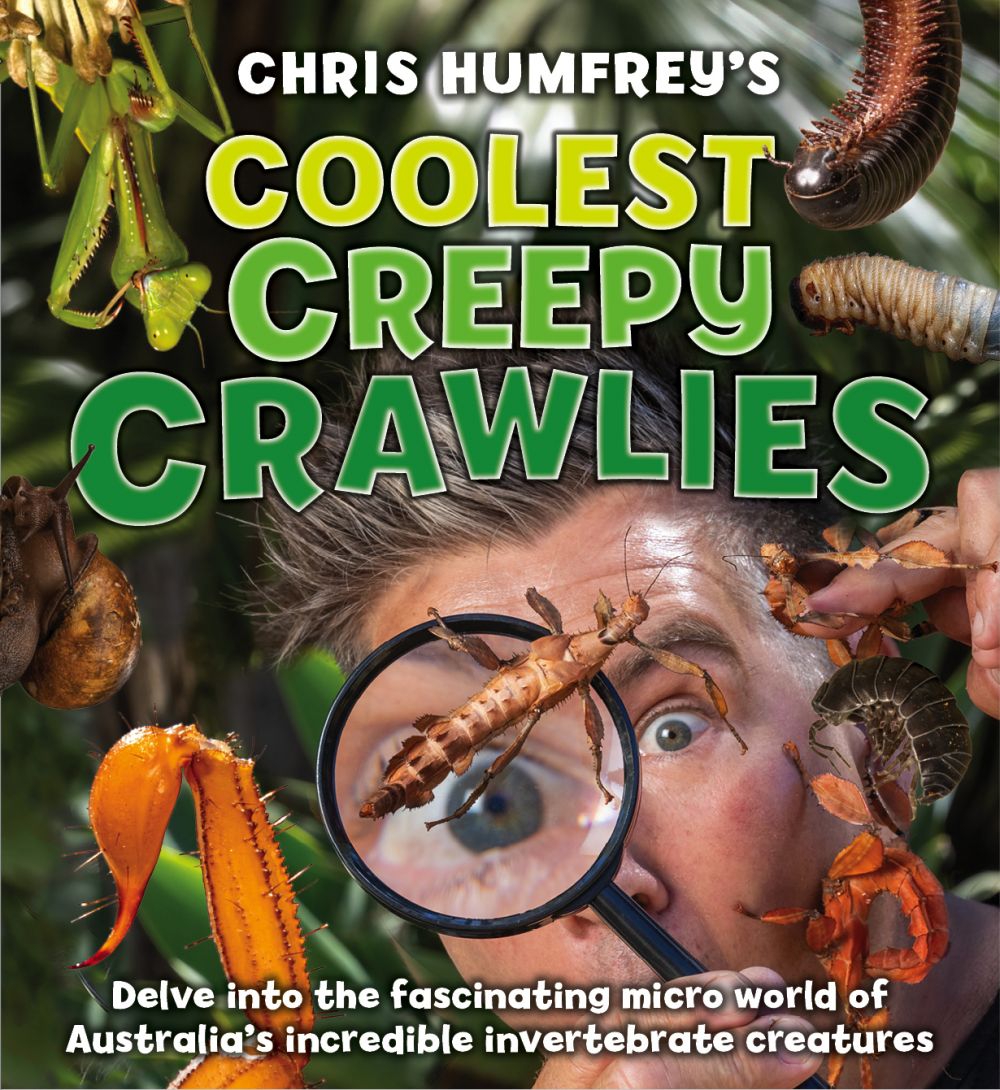 Reptiles and Amphibians of Australia, New Zealand and New Guinea

Did you know that spiders usually have eight eyes? Or that the Australian yabby can remain dormant for up to seven years? Zoologist Chris Humfrey delves into the fascinating micro world of Australia’s incredible invertebrate creatures. Young readers will be taken on a journey of wonderment, delving into the often overlooked world of insects, spiders, molluscs and crustaceans, learning about each animal’s adaptations, habitat and ecological niche in a book that’s packed with quirky fun facts.

Invertebrate creatures don’t always receive the ‘Pop-Star’ status of larger, more charismatic animals, however Chris’s engaging and sometimes hilarious teaching style turns an ordinary-looking creature into something extraordinary! Chris says, “Every animal has a job to do in a healthy balanced ecosystem. If we study, learn, and develop an understanding and empathy for all creatures, we are more likely to want to conserve all species”.

Get up-close and personal with the likes of rhinoceros beetle, bull ant, Hercules moth, giant water beetle and red- back spider. QR codes link to bonus video content for each species and the book is suitable for both younger and older children. The information ties in neatly with the school curriculum, and the use of fun and engaging scientific language and stunning images will encourage your ‘animal-mad’ child to read the book over and over again!

Chris Humfrey is an Australian zoologist and television personality who has starred in his own series on ABC and Animal Planet. Chris shares his home in Macedon, Victoria, with 2,000 animal ‘housemates’ and takes his award-winning ‘the Zoo Comes to You’ mobile education program around the country, reaching 250,000 children each year.